“In the last two years, Japan has embarked on an ambitious effort, the so-called Abenomics approach, to decisively get the economy out of deflation and revive growth. At the same time, policymakers and academics from all over the world are engaging in a global debate on inequality. 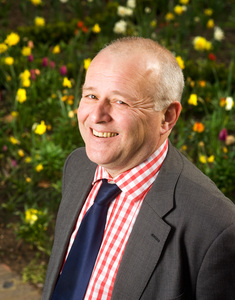 Figure 2: Return on Assets Before and After Corporate Leadership Change

Hyeog Ug Kwon, Faculty Fellow, RIETI:   ”Japanese firms invest in research and development (R&D) on a level comparable to that of their U.S. counterparts. They possess a high-quality workforce and receive decent management practice scores for organizational and human resource (HR) management. Yet, they fall significantly behind U.S. firms when it comes to earning power.

”This is what happens when economies rely on easy money but don’t follow through with the hard work of reform.
If ever there was a country that illustrates the bizarre economic conditions the world finds itself in, it’s Japan.

Usually, when a country’s central bank cuts interest rates, its currency weakens on the global stage, making it easier to sell goods and services abroad as well as providing incentives for banks to lend. Both are supposed to increase economic growth. Except nothing is working like it’s supposed to these days in the global economy, and Japan is the number one case in point.

”Listed Japanese companies are on track for a third-straight year of record dividend payouts, with the figure set to hit 10.8 trillion yen ($93.38 billion), topping the 10 trillion yen mark for the first time.

”The skiing season would have been a great time to have been on the slopes in Japan—and out of the market.

A ski-lift ride up to the level of the Nikkei 225 average intraday high of 19,967 yen on December 3 would have been followed by a thrilling (or agonizing) almost uninterrupted slide to its 52 week low of 14,952 yen set on February 12.

Japan now again seems to be breaking out of the doldrums it has been in since the early 1990s. Even though the daily news makes one wonder, I retain my optimism and faith, based on some six decades of studying Japan and watching it grow and evolve. I have addressed this theme in previous essays, and despite the subsequent ups and downs, I believe it applies today.